$50 OFF garage door installation
Or $100 OFF
A new double garage door
Don't miss out!

· Cannot be combined with any other discount

· Print this coupon to redeem voucher

· We reserve the right to cancel promotions at any time

A Short History of Garage Doors

Long before torsion springs, counterbalance systems, cable drums, laser guided parking systems or smart garage doors, there was a single man who was tired of parking his carriage in the rain. It’s hard to imagine that garage doors were ever anything less than the sophisticated contraptions they are today, but not that long ago, they too were something new. This is the story of how they came to be what we know them as today. A household name that is not simply a luxury, but a necessity for every home. So if you’ve never given much thought to the origin of garages (and you probably haven’t) now is your time to learn something new.

Garages doors have their humble beginnings as far back as the 14 hundreds, but back then they went by a different name. At that point they were simply called ‘gate-houses’, which were meant to be a simple solution to a particular type of annoyance faced by the wealthy elite who could afford chariots to store inside of them. Because of the infamously miserable weather in and around the UK, these gate-houses were intended for the simple purpose of keeping the chariots protected from the ravages of a damp climate. This was their function long before they were considered a good solution to security concerns. It wasn’t until 1921, however, until they became popular in the US. It was around this time that a man named C.G Johnson started a company called ‘overhead door corporation’, which claims to have invented the first ever electric opener, and overhead garage system which could fold parallel to the garage’s ceiling upon operation. Quite a claim for such a long time ago. Electric doors were invented to assist those who found it too difficult to lift the overhead doors by themselves, and since the newly developed device was a success, Johnson’s business grew and grew.

As industry does, the popularity of this new device lead to an industry boom, fueled by the success of Ford Motors. In this time there seemed to be new developments coming out and reinventing the technology every day. Doors became more flexible and maneuverable by utilizing individual garage door panels, and as the technology developed, so it became more affordable for the everyday man to own.

But garages were not originally intended for residential use. They were publically used as handy places to park your car while you were out and about. But as times changed, a need grew to have garages closer to people’s homes, and so architecture began including them in its design.

From then On it is all history

Of course from that point on, manufacturers started popping up all over the country. Companies like Chamberlain Garage Doors began sprouting up in the 50’s, and with them came an array of new technological developments to perfect the operations of garage doors. Well the ball kept on rolling and now we can have more gadgets, tools and components in our garages than we know what to do with.

But none of them just happened to come about, they were a reaction to the success of the various garage door companies that needed to develop and enhance their products due to an overwhelmingly fast development in the industry. And the rest is, as they say, history. 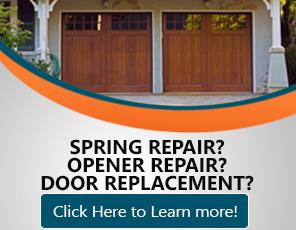